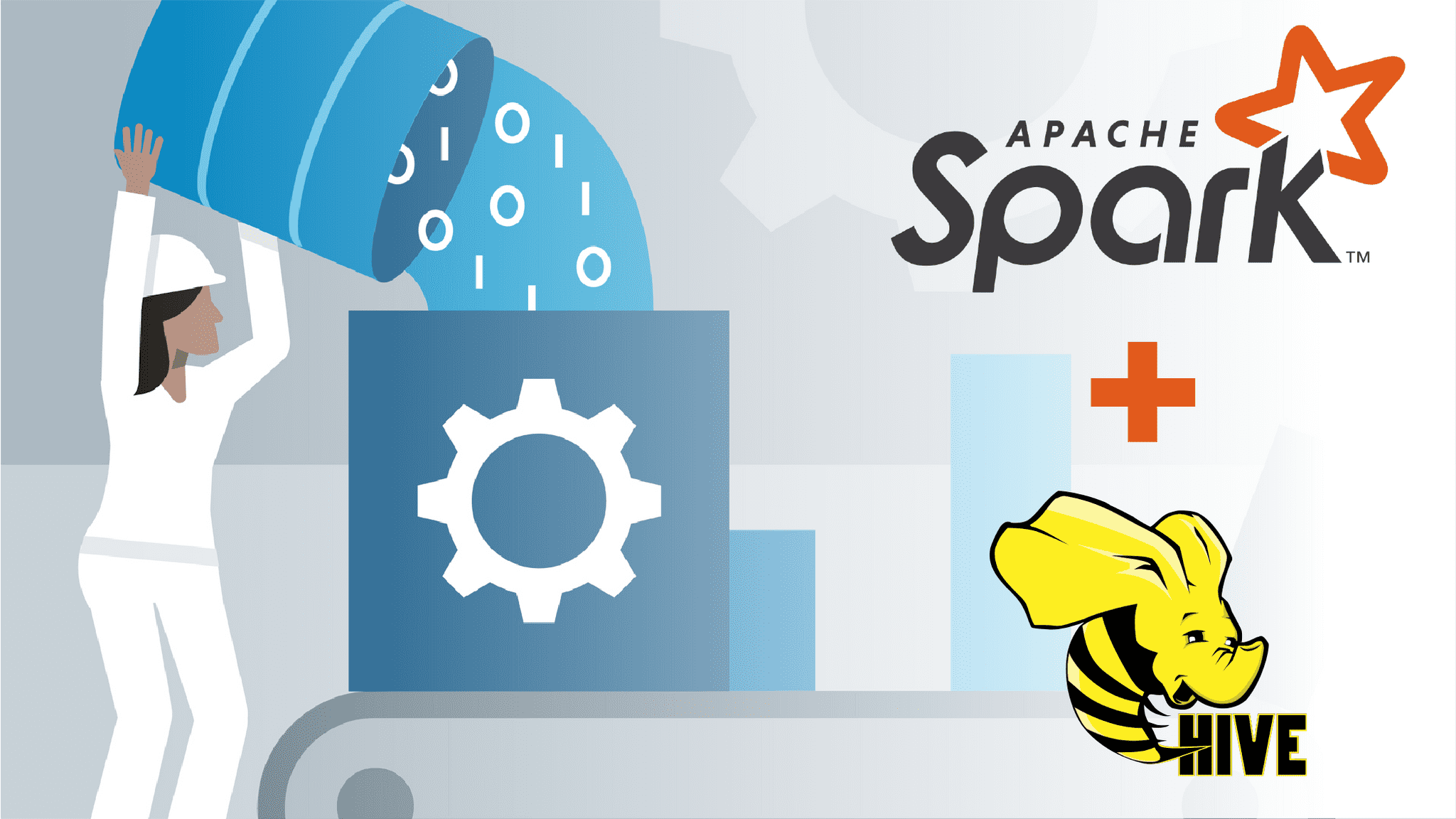 Recently I’ve had an opportunity to configure CDH 5.14 Hadoop cluster of one of GetInData’s customers to make it possible to use Hive on Spark — execute Hive queries using Spark engine to vastly improve performance over standard MapReduce execution. While this operation proven to be tricky due to non-standard configuration of the cluster, the problems reported later by the client are worth sharing as well.

CDH 5.x provides Spark out of the box, but it belongs to the older, no longer actively developed 1.x family. As many developers want to be able to benefit from all the improvements which come with Spark 2, CDS (Cloudera’s Distribution of Spark) is often chosen as an easy way to have the newer version installed on the Cloudera cluster. Instead of overriding Spark 1.x, it provides a new Spark 2 service with its own executables, for example, spark2-shell and pyspark2, which work as Spark 2 equivalent to CDH-provided spark-shell and pyspark, respectively.

Our client’s cluster was configured in a different way, though, as the default Spark version was changed to 2.x using alternatives mechanism available in Linux, just like described in Cloudera documentation. This change made Spark 1 effectively unavailable - both its executables and libraries became symlinks to their Spark 2 counterparts. As a result, Hive on Spark refused to run, as in CDH 5.x it can only work with Spark 1.x.

One of the possible approaches to this problem was to rollback the change of default Spark version. We wanted to avoid that for a number of reasons, though, with the most important one being a risk of breaking existing applications in the production environment. However, we were able to find a way to make Spark 1.x libraries available again — just for Hive, without changing behavior of any other applications.

While it was now possible to run Hive CLI with Spark 1.x libraries loaded, there were still two problems to solve. First, it required setting environment variables manually before starting Hive CLI. Second, it didn’t work for Beeline, as it’s just a thin JDBC client connecting to HiveServer 2. The first one was solved by setting the following property in Hive configuration in Cloudera Manager:

After redeploying client configuration, SPARK_CONF_DIR variable is always set to the correct value. The second problem was solved in a similar way, by setting the same variable, but for HiveServer2:

When the change was applied and HiveServer2 was restarted, Spark execution engine became available via JDBC. Our initial testing confirmed that it works just fine, but later that day we received several issue reports from the client.

FileNotFoundException thrown for some queries

First problem noticed was with Spark being unable to execute some of the queries. When Spark was set as an execution engine for a Hive session, it was throwing the following error:

The same queries were working just fine when executed on MapReduce.

A thorough investigation led us to the cause of the problem. Before executing the query, Spark checks if the partitions of queried tables exist in HDFS. In this case, there were multiple partitions present in Hive Metastore which were missing from HDFS:

Probably their directories were just deleted by someone when the data was not needed anymore. While it has no consequences for MapReduce engine, which simply ignores nonexistent partitions, Spark turned out to be more strict about this. To correct the issue and prevent it from happening in the future, partitions should be deleted through Hive, using ALTER TABLE table_name DROP PARTITION (partition_specification) statement.

The next problem report was about some queries randomly failing with the following error message:

When executed again, they completed just fine. Failures seemed to be random and not related to the specific query or table.

While HiveServer logs did not reveal any useful information about the problem, a quick look at the ResourceManager UI made it clear that the Spark application was in a failed state. Diagnostic logs made the reason of failure obvious:

Spark driver was apparently getting killed due to lack of memory. The solution was to increase the memory allocation for the driver. This can be set globally, in Hive on Spark configuration in Cloudera Manager, or per session. As the driver memory consists of heap and off-heap memory (Cloudera recommends off-heap to be set to 10–15% of total driver memory), the following example makes driver use 4GB:

If you are interested in Hive on Spark tuning, you can find more information in Cloudera documentation.

Only one query at a time can be executed in Hue

The last reported problem involved Hue and running multiple queries as the same user, but in a different web browser tabs. When one query was running in the one tab and then the other one was executed in another tab, the first query failed with the following exception:

By default, Hue spawns just one Hive session per user and single session is able to handle only one Spark query. Trying to execute multiple queries in one session leads to failures with error messages like shown above. However, per-user parallelism can be easily increased by setting max_number_of_sessions parameter in Hue configuration file.

A lesson learned from this project: there are many dependencies between Hadoop ecosystem components which might not be visible at a first glance, but sometimes they break things supposed to work out of the box.

Big Data Technology Warsaw Summit 2021 is fast approaching. Please save the date - February 25th, 2021. This time the conference will be organized as…

Intro Machine Learning is now used by thousands of businesses. Its ubiquity has helped to drive innovations that are increasingly difficult to predict…

Welcome to the next installment of the "Big Data for Business" series, in which we deal with the growing popularity of Big Data solutions in various…